Isa Nacewa insists that the Guinness PRO12 has never been so demanding, but the Leinster captain knows that winning their fifth league title is the only way they can make up for their traumatic Champions Cup campaign.

The New Zealander came out of his two-year retirement with the sole focus of chasing more trophies to add to the three Heineken Cups, Challenge Cup and PRO12 title that he won in his first spell with the province.

However, losing five matches and finishing bottom of their Champions Cup pool was not what the 33-year-old envisioned, when he agreed to leave his post as mental skills coach with the Auckland Blues.

“We’re still a week-by-week team, but failing in Europe really gives you a chance to reset the clock and reset your mind about what you think a successful season is,” Nacewa told The Times.

“From the coaches all the way down to the players, failing in Europe was tough and as captain it was equally as tough, but you’ve got to reset your mind and ask: what does a successful season look like? We will chase the PRO12 as hard as we do every other year, but there’s a little bit more [determination] in this year. Everyone’s standing up and taking their opportunity which is encouraging.”

In 2013 Leinster also failed to emerge from a tough European pool and they rebounded to win the PRO12 and the Challenge Cup in a season that Nacewa believed was his last as a player. But a lot has changed since then, not only at Leinster where iconic players have retired and coaches have departed, but the PRO12 is now a different beast where clubs have to finish in the top six in order to guarantee their place in the Champions Cup.

Leinster may be just one point behind Connacht, the league leaders, with a game in hand, but Nacewa admits that the current tournament has an unprecedented intensity to it.

“It’s certainly far harder than when I left. The margins of how one game can change the shape of the table — particularly with Connacht having a stand-out, sterling season — are evident. We’re seeing now that even bonus points are affecting the shape of the competition all the way through to the play-offs,” Nacewa said.

Voted in as captain by his team-mates, Nacewa offers an experienced voice which is vitally important during the international windows when Leinster are missing their Ireland players. It’s a role which Leo Cullen, the head coach, places a great value on. “It’s a huge help to have that stability, continuity and Isa’s leadership qualities,” Cullen said.

After returning from retirement, Nacewa insisted there were no doubts in his mind that he could still contribute at a high level. The full back even claimed that he stayed in better shape as a coach then he had been as a player.

“I went from one rugby environment into another and the benefit was that the guys I was training with were other trainers, who are a special breed and who do things at another level.”

Despite the absence of world-class overseas signings at Leinster in recent years, Nacewa believes that the recruitment of Robbie Henshaw, the Ireland centre, will raise the standards at Leinster, who are already benefitting from the relentless output of their own academy. 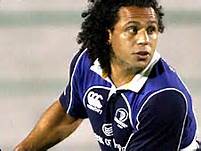 “Robbie’s a world-class player, I can’t wait to meet him and then play alongside him,” Nacewa said. “He will have a big impact on the squad and all us players here love the fact that getting somebody of Robbie’s quality adds more competition. We’re a very competitive squad already, so it’s only going to do good things for us.”

Another presence that brings the best out of Leinster comes to the RDS today in the shape of the Ospreys. The Welsh region can match Leinster’s four league titles while two of their championship wins have come at the province’s expense. Twice, in 2010 and 2012, Ospreys came to the RDS as underdogs and snatched the trophy from under Leinster’s noses, but it is the most recent of those encounters that still haunts Nacewa.

The Aucklander scored two tries in a game that Leinster led by eight points at half-time, and by nine with eight minutes remaining, but a penalty goal from Dan Biggar and converted try from Shane Williams delivered more heartbreak for the Irish side.

“That one really hurt,” Nacewa says. “When I had 18 months off, I got to process and think back and when I reflected, that defeat was one of the most – if not the most – painful to accept. To this day, it stings.”

The Welsh region have gone toe-to-toe with Leinster for a decade and that means that when the fixtures are announced, Ospreys join Munster alongside the dates that the province’s players check first.

“They had a slow start to the season but Ospreys, being Ospreys, have turned the pin in the past two months and had some really strong victories, so you can never take them lightly.”